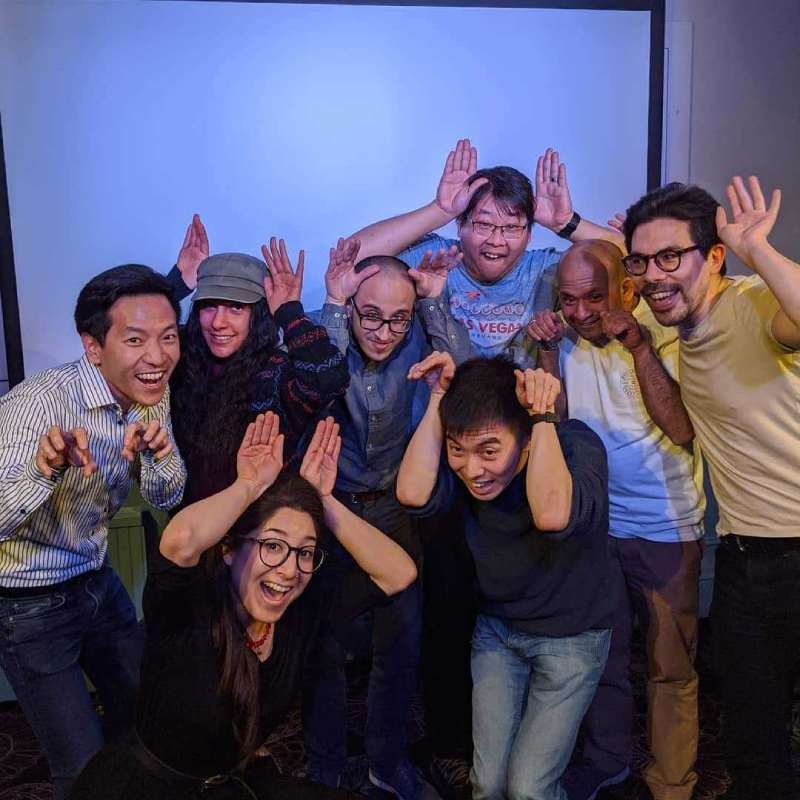 Level: Open Improvisation is theatre without a script. Scenes games and stories created on the spot without a plan or a safety net. It can

Improvisation is theatre without a script. Scenes games and stories created on the spot without a plan or a safety net. It can be funny, sad, strange, or anything you want it to be. Like yoga for your brain, practising improv helps you to remain present and creative, to work as a group, and stay calm under pressure. Perhaps surprisingly, it does not require wit or speed but is based on warmth, cooperation, and openness. Whether you are an executive or a student, a teacher, or a homemaker, it is a great skill to learn and a hobby to enjoy.

Whether you are looking to be more confident and creative, or just to meet some people and have a laughter-filled evening, our experienced teachers will gently introduce you to skills and practice which are as applicable in work and life as they are on stage. You will play characters, tell stories and play games, all in a safe, nurturing environment where learning is fun and failure encouraged.

Creating scenes and ideas from nothing

The Nursery/Maydays collaboration is one of the largest online improv providers globally. Our classes allow anyone to learn the core skills of improvisation quickly and easily, becoming part of a global community, laughing, and playing across boundaries while still in the comfort of your own home.

After all, improvisation is not just for improvisers, but for everyone.

Jon Nguyen is an improviser based in Norwich, UK, he believes that fun, connectivity, and inclusion should be present in all improv.

He plays with Unbridled – A Nursery Original, The Dogface Allstars, Michelle – A Hoopla House Team, Wretched Hive Comedy, The Comediasians, and The Improvised Play. He has appeared at the Edinburgh Fringe Festival and taken part in online improv festivals, including Improv Comedy Bangalore.

Jon loves improv and tries all variations from short-form, various formats, narrative, musical, and any other style offered. He has fully embraced online improv and plays with people around the globe. Jon is a self-professed nerd and borrows techniques from Stanislavski, Brecht, and Artaud among others to infuse theatricality into his improv.