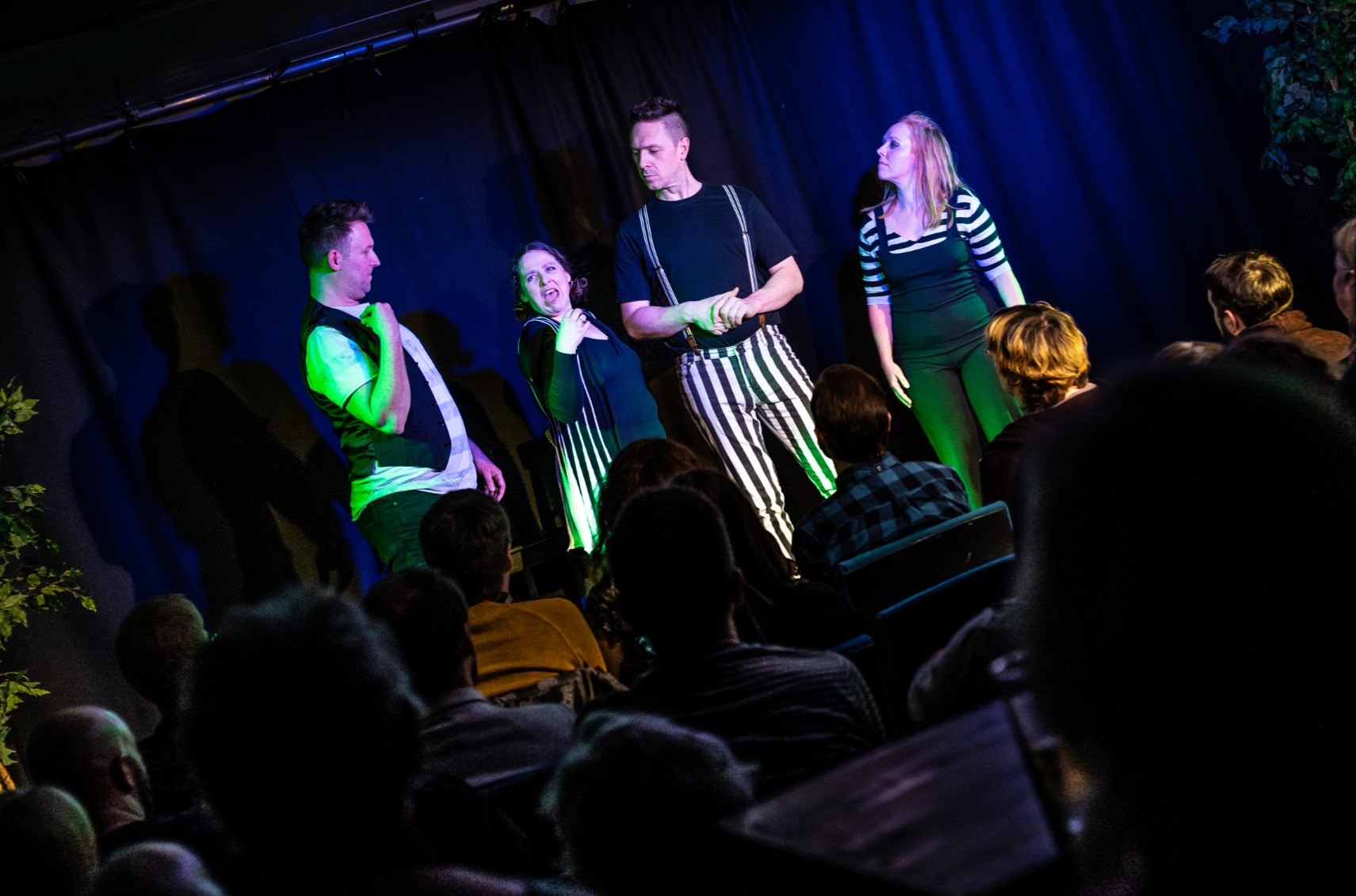 It’s easy to get stuck in the same energy in a scene, both in the physical and virtual space. Similarly, improv shows can stagnate if each scene falls into the same rhythm as the one before. In this elective we’ll play with different types of internal and external rhythms and energies to see what effect they have on your improv scenes. Can you change how you come across to an audience? Can two very different energies co-exist on stage without merging into one? Can energy bring power?Workshop includes:
Entrances (and Exits)
Energy qualities & states of tension
Exploring changes of rhythm within a scene, and throughout a run of scenes