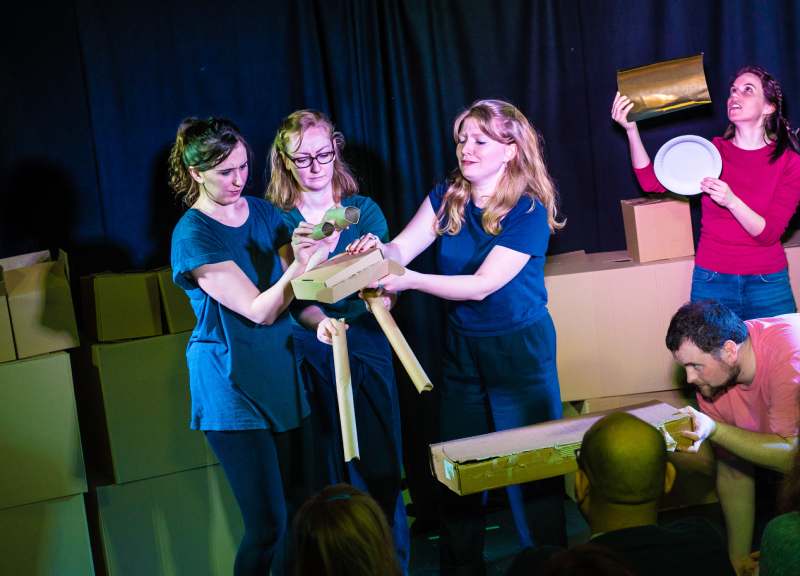 Level: Experienced Want to create complete weirdos out of inanimate objects? Got a single sock in the drawer that needs new life? Perhaps you just

Want to create complete weirdos out of inanimate objects? Got a single sock in the drawer that needs new life? Perhaps you just really like puppets and want to pretend you’re part of Jim Henson’s cool gang.

Puppetry allows us to do things on stage & screen we would never do with our own bodies, take risks unavailable to the limited human physiology and physics. There’s an amazing freedom in speaking through inanimate objects instead of our own voice, using simple objects in ways they were not intended.

This course will show you just how much fun can be had with something as simple as a toilet roll tube and some tissue paper.

Constructing your own puppets from ‘rubbish’

How to breathe life, emotions and physicality into your characters.

It will be cute, surprising and most certainly weird. Come play.

This Experienced course runs every Wednesday for 6 weeks from 11th November to 16th December7.30pm-9.30pm.

Experienced (18 months+) A class for skilful players, especially those who have finished improv training programmes at your school and are looking to widen your horizons. These classes will make the assumption that you are comfortable performing long-form improvisation and will push you.

Jennifer trained in Acting at Bretton Hall and, after ten years of performing and workshop facilitating professionally, she then discovered improv in Vancouver where she trained & performed with Vancouver Theatre Sports League, Instant Theatre, Second Storey, and The Fictionals. Now living in London, Jennifer is very much involved in the improv scene there as a performer, teacher, and Youth for The Nursery Theatre. She has also trained with iO Chicago, David Razowsky, Joe Bill, Lee White, Free Association and Showstoppers. In 2019, Jennifer directed the cardboard puppetry Nursery Original show Boxed-In, and has been a cast member in Nursery Original shows The Restaurant and Magicked! (Improvised Harry Potter show). She currently performs with Impromptu Shakespeare, The Maydays, The Concept and Somewhat Theatre.