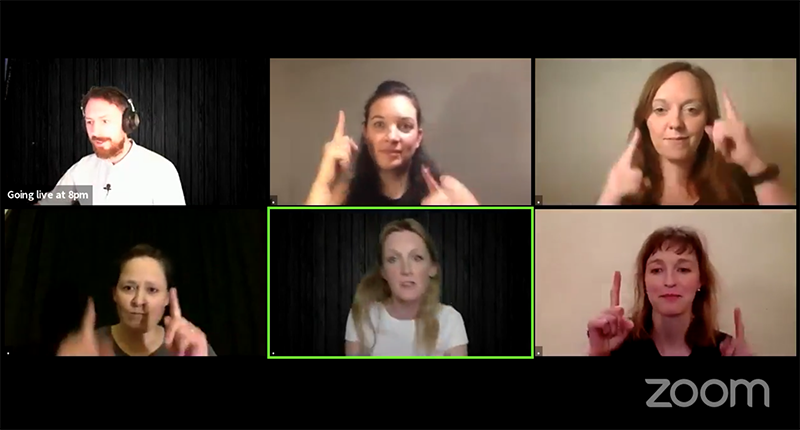 Last week, sort of by accident, I ended up on a Zoom call with 75% of genre/narrative powerhouse PGraph and the wonderful Vinny Francois of Improv Montreal. As you might expect, we were chatting about online improv and how to make it good. Not just what we do offline thrown onto Zoom, but something really watchable, robust. It’s a hard question and a fascinating one. I should have recorded the conversation and put it out as a podcast/video, but all I managed was a bunch of scribbled notes which I have tried to make into something useful below. I’ll do better next time.
None of the ideas are my own, and few of them are one individual’s. This is an incomplete summary of a great chat between four smart people and me. I hope it is useful to some, and will be delighted to discover what I am wrong about.

The Maydays do a live online show on Facebook Mondays at 8pm BST (GMT+1) and you can take online drop in classes with The Nursery and The Maydays 7 days a week.