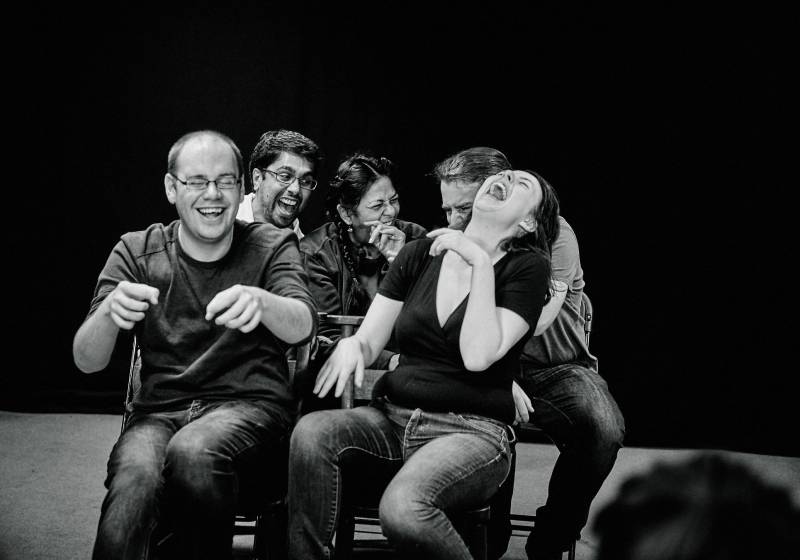 About two weeks ago I told you about the current restructure of The Nursery, roots and all.

As this Friday 18th September we will be hosting a Town Hall style meeting for people to tell or ask us anything about The Nursery present or future, my mind has gone wandering to the past and even though we’ve talked a little about this before, I thought it would be nice to take you on a trip down memory lane with me – they say that you have to understand your past to know what to do with your future (fingers crossed)!

Before we dive into the vault, I wanted to remind you about a few ways in which  you can get involved in shaping the future of this company:

Now, for some perambulating:

It was around this time, 11 years ago, that The Nursery was thought up by a handful of pals, sitting around a table in a pub garden (the Jury’s Inn near Angel I believe, sorry, but they had a nice rooftop garden). One had a weird little space in a railway arch for free through a friend of an uncle of someone who did something in… I couldn’t tell you anymore… well, empty property, probably, and, as recent graduates of various drama schools, we thought we probably knew enough people who wanted to showcase their work to put on a 3-week festival of new, devised and improvised theatre. The Nursery seemed an apt name – the one for nurturing plants, not toddlers (although over the years we’ve had quite a few confused calls of ‘oh, so you don’t have space for my little one?’).

We didn’t have a clue about putting on festivals, but we had a mish-mash of furniture and stage lights on loan, a few buckets full of floor paint and enthusiasm, and some bloody great acts. So we made it work. And to our utter surprise, it was a success – a modest one in the grand scheme of things, but still. Which was wonderful, but also kind of sucked, because we had called it a festival – implying we would be doing it all over again the following year.

And by sheer coincidence, we did. Another railway arch right down the road (I mean, 2 minutes. On foot. I’m Dutch. I don’t lie about these things) had opened up as the Light Industrial Theatre (LIT). It was cavernous and leaky, with a permanent smell of mould, and there were rats and rumbling trains, and regularly overflowing loos, but it was amazing and atmospheric and people seemed to love it. We certainly did.

Arch 61, Ewer Street, became our home for 3 years, as the LIT people decided they’d had enough. We still didn’t know much about anything, and there was some steep uphill learning with becoming a company, then a charity, with endless phone calls to HMRC, Companies House, the Charity Commission, British Gas (I still rage), and the council. Plus negotiating raves in the car park behind us, preventing short-circuits during full on indoor rain, running to Tesco or the pool bar for small change, and making sure everyone was warm, entertained and happy. And again to our utter surprise, it worked. I still remember the first time someone I didn’t know told me they’d heard about The Nursery through another person I didn’t know. Mind. Blown. The Nursery was a thing!

Many people gave their love to The Nursery arch, with countless theatre companies performing, workshopping and rehearsing (even the celebrated West End hit The Play That Goes Wrong), a wedding and a LOT of birthday parties, poetry evenings, photo shoots, a weekly jazz night, and much improv of course, for instance in the form of Slapdash, which in 2010 we’d been asked to organise by the Old Vic Tunnels. Oh, AND one evening we had Kate Bush in the audience! It was nerve-wracking (we need to make rent!) and awesome and a warm bath and a cold shower and slow-going and chaotic and wonderful.

Not long after, we had to move as the rent went up by 300% and plans to slowly convert the space into a permanent venue became moot. We didn’t have that kind of money. In fact, that’s a lot of what The Nursery’s life has been about – limited resources meant (and mean) we couldn’t always do all of the things we wanted to, and do them methodically, pay people properly and do adulting in that respect. But that’s another matter for another time.

Luckily we knew someone through a friend who also worked in the arts and had a building on Borough High Street. A slightly dinky floor with three rooms, where you had to stand outside with the key to let people in for a workshop or rehearsal, became our next home for another 2 years. It lacked the charm of the arch, but heating the place was a little easier. And through the power of improv (a workshop we gave at London South Bank University) we were able to rent a pretty nice theatre for a bit. Nursery Originals were born, we had a lot of generous volunteers and a growing, wonderful community. And, sure, a bit more of a clue about being an entity (making sure to be all official as a charity and not breaking the rules). But we were still learning how to run a company and, well, it was hard graft for everyone involved. Then the theatre fell through, Borough High Street was about to be demolished, and there was a 7 year itch to it all – we were stagnating, if not going backwards, we’d be without buildings soon, and we were running on fumes. Should we pack it all in? It was a question we seriously pondered.

And then, again by sheer coincidence, because the Borough High Street person knew someone at the council who had a building they needed to fill as soon as possible, we got a new lease on life – Capital House. A big old floor with space for 5 rehearsal rooms and 2 offices, with a lift that mostly worked and a cosy hallway for socialising. A year and a half lease turned into three years, and there was magic in the air once more. Rehearsal space by day (with a wonderful cacophony of art forms, of music, singing, and acting coming through the walls) and improv hub by night, Capital House’s 6th floor (or the NTC) brought us income that made us able to look just beyond the next month, to start planning, and even dream a little.

Then Theatre Delicatessen approached us – did we want to create an improv dedicated theatre in their new gaff near Liverpool Street? Well, yes, we did. In less than 2 months, and with generous donations from our community, both monetary and in-kind, we turned a former dentist’s office into a snazzy black box theatre. Happy days they were and you can read more about the weird and wonderful times we had there in this blog by Jules. And then, yes, we had to leave the theatre, sooner than we’d anticipated, and the Capital House lease had almost come to an end, and then through another coincidence we moved into 2 enormous floors in the Euston Tower. We spent a significant amount of money on turning the space into another happy place, only to be chucked out after a month or 3 in an eye-wateringly unexpected move from the landlord, to make space for Google.

And so, in November 2019, The Nursery was entirely homeless. For the first time in our existence. Like in the past, we adjusted once more, pushed through and made it work. But my word, it was entirely and utterly gutting in more ways than one.

But then also, The Nursery over the years has grown into something more than all of those four walls and some chairs (although I do love a good building, as you may have gathered). And ultimately, everything we’ve always done has stemmed from a love of improv, theatre and bringing stuff that people hopefully like to a stage / classroom / livestream, and now Zoom.

And that love isn’t going anywhere, so whatever the future looks like, let’s keep working with that.