Playing outside the box for Nursery Original, ‘Boxed In’ 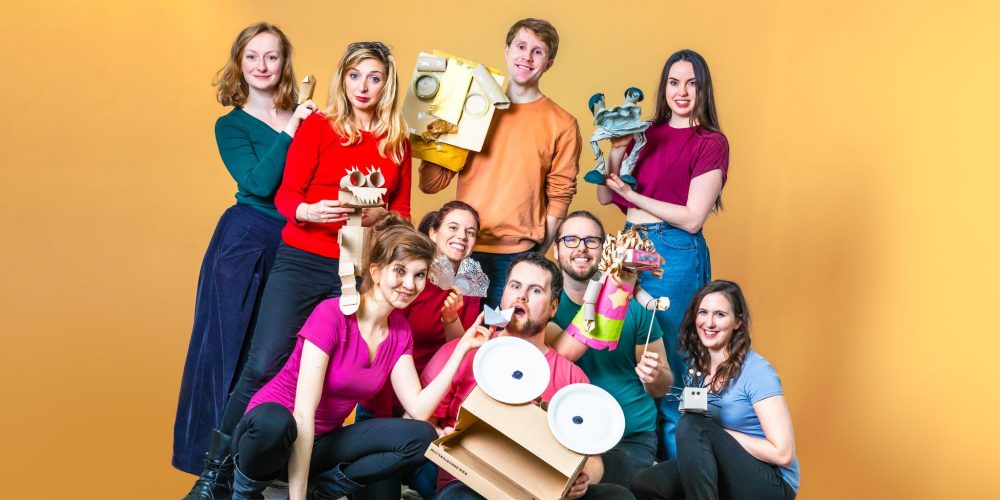 19 Feb Playing outside the box for Nursery Original, ‘Boxed In’

What did you want to be when you grew up? Astronaut? Firefighter? Pop star? Prime Minister?

I wanted to not grow up.

As I approached my 18th birthday, the horrifying realisation that ‘responsibility’ and ‘being sensible’ would soon be on the agenda scared the living daylights out of me. The idea of ‘being an adult’ seemed synonymous with being boring, and not having as much fun. This was unacceptable to me. So I fought back, resisting maturity and embracing childhood – For my 21st, I had a children’s birthday party – pink dresses, pass the parcel and all (but with alcohol).

Clearly, I’m not alone in this. With the rise of things like ball pit bars, cereal cafes and  ‘#adulting’, there is a tangible resistance to being a grown-up these days. Whilst we all enjoy making fun of seemingly regression-obsessed millennials and their child-like ways, the wish to embrace one’s inner child is universal and timeless. There is a reason ‘Hook’ was so popular, and why films with the message of re-engaging adults with the magic of imagination keep looping around: Play is important.

I could go into all the reasons play is important (increases productivity, motivation, learning, memory, happiness levels, strengthens relationships, relieves stress…..etc) and give you some research on the matter (here’s a great article in the Washington Post with various links to adult play research) – but instead I want to talk about how delightfully weird kids are.

Kid logic is one of my favourite things to exist. I will never forget the morning I was working with some 3-5 year olds on a session about an imagination garden. Each child had a bare tree on which they could draw anything…”If you could grow ANYTHING on this tree, what would it be?” Out came the crayons, and soon the bare trees were filled with sweets, unicorns, pirate swords, cars, spaceships, aliens, music….and eyeballs. One child had drawn an eyeball tree. Not glasses or faces or even pairs of eyes but very specifically eyeballs. Furthermore, this eyeball tree was not presented to me with a cheeky smile of trying to be weird/silly, but with the utmost sincerity. This little kid just really wanted an eyeball tree.

It’s this level of instinctive nonsense from the soul that I’m currently experimenting with on Boxed In. Give a kid a bare tree, they’ll draw eyeballs on it…give a kid a bunch of cardboard, who the hell knows? One thing’s for sure – the laws of physics and propriety will get smashed. It’s certainly proven true with enthusiastic improvisers. When I originally conceived the idea for Boxed In, I had been thinking in fairly ‘grown-up’ terms of the cardboard being used to create skyscrapers, lampposts, corridors, umbrellas. Things we expect to see in the normal world and which add a bit of visual oomph to a heartfelt scene between two people. The cardboard, however, had other ideas. From the very first rehearsal, the cardboard opened a portal to a completely different world – one which doesn’t need a full set of limbs or facial features for characters to come alive. Some creations were recognisable – snails, frogs, an old woman – and some had never existed before and will never exist again. Just a pile of stuff coming together with an opinion and an attitude towards the world. It is delightful, surprising, bizarre and beautiful. Without a doubt the weirder the creation, the more engaged and delighted the performers. So now I’m choosing to lean HARD into the odder end of the possibility spectrum – the realm where legs can be on a character’s head, a lone pair of eyes can float through the air telling a story, and scenes can end with ‘well jump in my mouth and let’s ride off into the sunset’.

I am certain we are all complete weirdos on the inside but have had the fear of the freaks put into us by societal expectations. ‘Don’t stand out’. ‘Don’t be weird’. ‘Why can’t you just say something normal?’ ‘Just be normal!’ Well, I’ll tell you what’s normal – what’s normal is being weird. No one’s brain works in the same way and we all have our own eyeball tree thoughts whirling around inside us. Let your weirdo out to play a little bit and embrace your freaky little brain. Oh, and here’s a bare tree for you to print off and fill with whatever you want. #LetsGetWeird

By Jennifer Jordan – Jennifer is a performer and teacher at the Nursery Theatre and regularly performs with The Concept, Impromptu Shakespeare, Actor’s Nightmare and Somewhat Theatre.