On why narrative improvisation matters 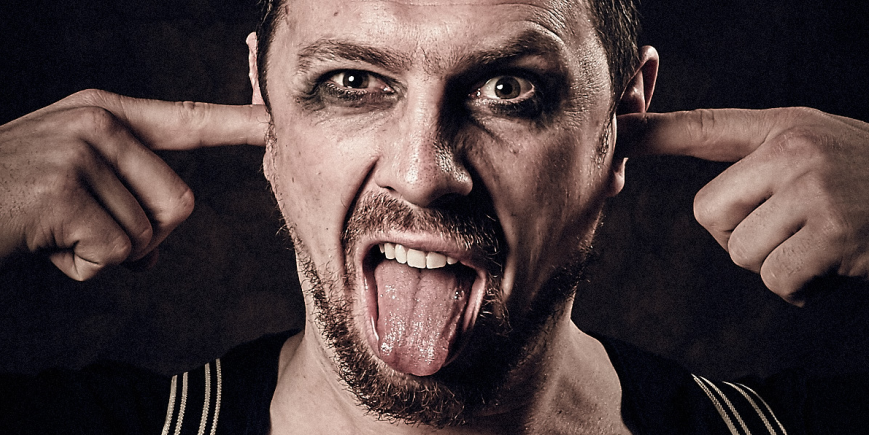 22 Jul On why narrative improvisation matters

As someone who came to narrative improvisation fairly reluctantly, it is a bit of a surprise to find how much of a part of my life telling stories has become. Somehow by stealth, the three main shows I play with are all narrative, and this year I have found myself teaching and writing a narrative improvisation course. I have had a blast (it finishes tomorrow), and not only because the class is full of that selection of delightful weirdos that improv attracts.

Firstly, let me dismiss with a summary sweep of my arm those people who say that improvised narrative is somehow less than thematic/Harold improvisation, that it is less invigorating, maybe claustrophobic, has teeth that are perhaps just a little less sharp. I may have thought that. I may even have said it out loud, but I was wrong. Narrative improv may not be to your taste, you may have never seen a good example (if this is the case, watch anything by PGraph), but narrative improvisation is appealing to audiences and players alike. Humans are creatures of story, and it will find its way into our improvisation whatever we do.

Because it is not so different. All that defines narrative improvisation is that the characters, scenes and settings are in the same world, are known or related to each other. We might see two scenes which examine fatherhood, masculinity and care. They may both be interesting, funny and make statements about what it means to be in the world. The only way to tell if these scenes are from a Harold or an improvised play is whether Ada and Alexandra from scene A know Benny and Beatrice from scene B. A big end/little end debate that is hardly worth losing friends over, and besides, as Debussy put it, art makes rules, not vice versa.

Let us shift our boundaries a little then and think in terms of comic and dramatic improvisation. For me the useful difference between these is this: In comic improvisation, characters tend to repeat their behaviour, while in dramatic, they have opportunity to change it. (An opportunity, of course, which they may not take.) Comedy is, as Deborah Francis-White and Tom Salinsky put it, “expected surprises”, drama is, according to Arthur Miller “the story of how the chickens come home to roost”.

Put like that, maybe it is clearer why dramatic improvisation is hard to pull off. Improv is hard anyway, but to portray a character like this is a Very Hard Ask. The character must be consistent enough to be recognisable and interesting enough to be interesting. Allowing this character to then change is a secondary skill which builds on (and therefore cannot exist without) the first. There are significant technical challenges here. This, I think, is why so many new improv groups who jump straight to narrative find it either hard or hokey.

This I think is the reason why improvised narrative can so easily and temptingly shade into genre parody. It is an easier and more definable goal. Choosing a strongly-defined genre gives the players a set of guidelines and expectations. To play the show, simply identify the things that are more and less likely to occur in your genre and serve them up in a way which the audience will recognise. This is delightful and impressive if done well, but it is also inherently conservative. All narrative is meta-narrative, so if we re-create a form in all its crystalline perfection, we are also asserting the value of that form and the worldview it is based on. Otherwise why spend the time?

When I say that every narrative is a meta-narrative, I mean every story is a comment on the idea of story itself, and therefore the world. Take the tropes of the knight, the princess and the dragon. In the classic tale, the first rescues the second from the third. There is nothing wrong with that in isolation, but if that is the only story that you hear and tell, you will internalise the helplessness of women, the heroism of men and the danger of the other. The stories that we tell and hear become part of the way in which we see the world, eroding channels in our brain like water in rock. If we repeat a story we have heard many times before we are endorsing it, if we change elements of the story, we are criticising, or at the very least commenting. If our stories don’t change, neither can our viewpoint and neither can our behaviour. Brains, as Alan Turing put it, are acting machines, not thinking machines.

So we can (and have and should) retell the story with the knight and the princess fighting side by side, or the knight being rescued by the princess, the dragon realising the error of his ways or the princess being quite into being tied up thank you very much. And that is all without playing with the gender roles ‘knight’ and ‘princess’ (who said the knight has to be a man?). Each of these variations on the story makes a comment not just on the original story, but on our beliefs, opens up our perception and decision space.

And this is probably the thing I have come to love most about narrative improvisation. It cannot help but be political and moral. Characters and worlds have a consistency, then they have the opportunity to change and in doing so that story makes a comment that the team collectively endorses. That’s hard. It is easy for us to forget the origins of Chicago improvisation in the protest and counter culture of a racially divided 1970’s Chicago, but luckily it is baked into the art form. By being collectively made and instantly unmade, improv is already political. It cannot help being so.