Slapdash International: Why we’re taking a year off from our improv festival. 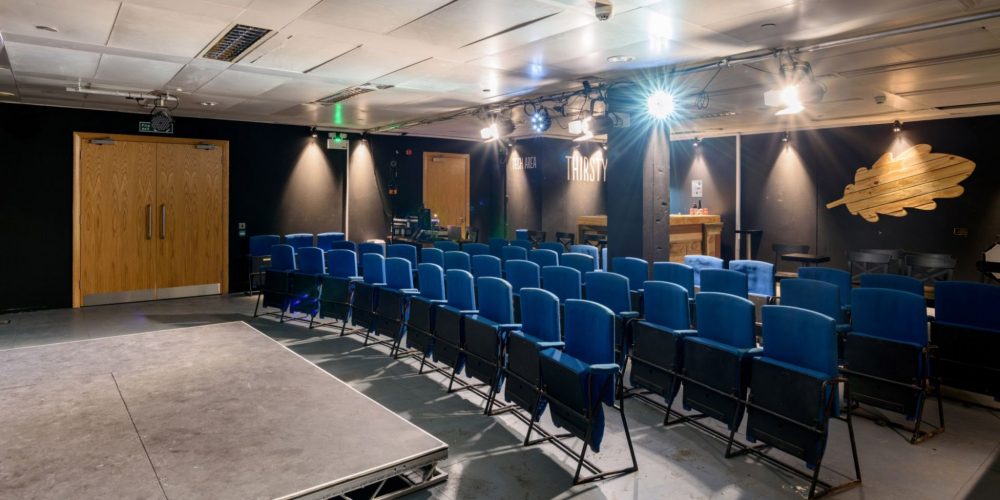 16 Jul Slapdash International: Why we’re taking a year off from our improv festival.

Slapdash International started in a way entirely deserving of the name. One short year after the Nursery ran its first improv festival of new theatre, I met a guy on an improv workshop who was involved with the Old Vic Tunnels back before that space became a skatepark. Two weeks later, this guy (Neil) emailed me and said the OVT had a little more money and time than they expected and could we run an improv festival. After all, we don’t need much rehearsal. Judith and had a meeting with the folks who ran the Tunnels at the Cafe Nero on the cut and and agreed to organise a festival which was to open six week later to the day. I knew very few improv groups (and to be honest, there wasn’t much in London at the time), so I just googled improv and asked people to come play. The School of Night, the Maydays, Music Box, Friendly Fire (part of Imprology), we had a pretty good line up and by some miracle, sold out all nights but one.

It’s almost ten years later now, and we’ve had hundreds of performers from dozens of countries, thousands upon thousands of audience members, flight disasters, Time Out recommendations and many many late night parties, intense improv-chats and hungover workshops. But this year we have decided to take a year off. Running a festival is a lot of work, and can be pretty disruptive to your core programming. Plus, London is an expensive and sprawling city that is hard to run a festival in. So, although we love doing it and it will be back, Slapdash International is taking a year off. We’ll be opening applications for 2019 really soon. Much sooner than you think.

If you want to travel, and you want to improvise, here are the festivals that I recommend. Not because I have been to every festival, but because these are the ones I know personally and have enjoyed in the past.

The Maydays Improv Retreat (19th-23rd September)
Five days of workshops all day and shows and jam all night in the middle of the countryside, plus bonfires, saunas and delicious vegetarian food. I never said I wasn’t biased, but the two festivals we run are always highlights of my year.

Mama City (31st October-4th November)
This isn’t in Europe, and I’ve not actually been, but I’ve included it on the list because there is no jetlag involved and the folks who run it, Eva and Ashley are lovely and know their stuff. Plus, it’s in South Africa. So that’s pretty cool.

The Big IF (6-11th November)
I don’t know how you would measure it exactly, but this Barcelona Festival has got to be one of the biggest in Europe and Noah and his team run a tight ship. Expect a lot of improvisers (I mean a LOT) and top quality programming, plus the opportunity to buy beer from street sellers that has been kept cold in the sewer.

Gothenburg Improfest (7-10th November)
Another fest I haven’t actually visited, but the Maydays and Austentatious are playing, so let’s assume it’s going to be great. Plus Peter who runs it is cool in that way that Swedish people are.

Improv Fest Ireland (2-8th December)
Neil Curran, who has been doing his thing in Dublin for years and years, started this festival about five years ago and is almost aggressively hospitable, even when running a whole festival. Congratulate him and Fiona on having a kid, and on delegating some of the work.

I am sure there are a bunch more festivals, but these are the ones I would be going to this Autumn if I could. Just don’t go loving them more than the Nursery now…