A Philosopher Walks into an Improv Class, or the Inherent Morality of Improv 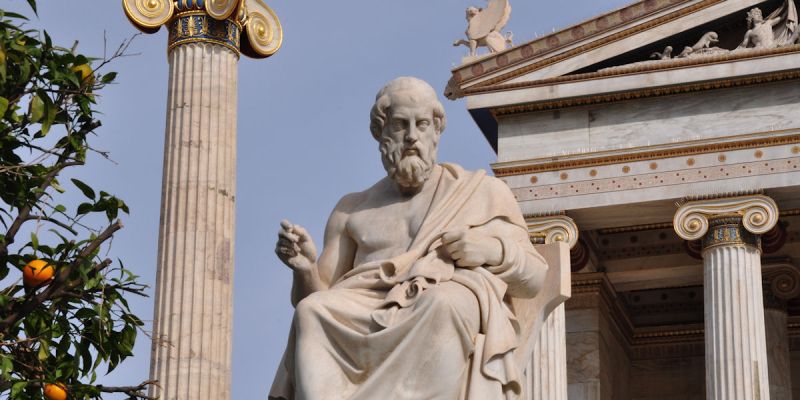 14 Nov A Philosopher Walks into an Improv Class, or the Inherent Morality of Improv

Back before the summer I attended the Global Institute of Improvisation conference. I have already written about it here, but this blog that you are reading is something I have been trying to get out of my head ever since. Some ideas just won’t leave you alone.

Is there an inherent morality of improv?

My knee jerk reaction to this was a spluttering ‘yes’. Of course it does. Improvisers are good people and if you bring good people together, they will do good things and believe good things. Right? My tribe is a great tribe who do great things! Oh wait.

So that question has stayed in my brain, rolling around there for months. I could almost physically feel the different parts of my brain fighting over it. After all, it comes down to the question that keeps us up at night, the question we have built global institutions to answer, the question that has enabled human cooperation and urban living: am I a good person?

Now it is definitely true that there is a shared politics to many improvisers, and one that I am comfortable saying is right. If you are a regular improviser, you are probably a remainer who loves the NHS. You probably think international corporations should pay their taxes and take responsibility for the environmental damage they are causing. That powerful men should be brought to justice for their abuse of that power and that feminism is good for all genders. You probably believe that the church did terrible things in the past, though it can be a comfort for some, and that urban living, while helpful, is not very good for the soul. You may well be uncomfortable with the word soul, but use it sometimes when there doesn’t seem to be a better way of expressing the idea. You probably either marched against the second Iraq war or would have done if you had been old enough, and think museums should be free. Maybe not all of these things, but probably most of them.

Please don’t mistake my meaning here. I agree with all of the above and will comfortably use the language of ‘any reasonable human’ around them. Despite having convinced the Maydays over three years that I was, in fact, a tory with a firm love of neoliberalism, I think the above beliefs are more about reality than they are morality. It’s hard to make a convincing moral argument that Starbucks shouldn’t pay their taxes. That has to be political, which is to say practical. After all, politics is to morality what medicine is to science; a grubby, imperfect everyday application of the pure knowledge.

Because as improvisers, we tend to have an idealistic belief in how wonderful everything would be if only everything was different. If only the world was a just place, and people did not exploit each other. If only capitalism fell, if only Corbyn were in charge. If only we had proportional representation and a well-funded, fully-functioning welfare state. There is a strain of beautiful humanist optimism there, but also some worrying pre-lapsarianism, all peppered with a good dose of the noble savage. Kids are perfect improvisers (we say) and all we have to do is unlearn everything that Society has taught us because Society just wants us to be good workers and make money for the billionaires.

Again, there is some truth in all this, but nuanced, contradictory opinions are hard to hold in your head. It is important to remember that globalisation has many positives and that capitalism has given us untold luxury. We tend to form our political views tribally rather than rationally and confirmation bias is a real thing. I see evidence of it everywhere.

So what to do and what to believe? Most practically, I want to warn improvisers against creating a monoculture which crushes political dissent. Sure, we have all lost our patience with Brexit, but I have more than once seen an improviser tense up when it is suggested as the simple butt of a joke. You may not think you know any leavers, but you do, and we should make the space for that joke to be made as well

But that doesn’t answer the question about the inherent morality of improv. Surely it is just make-em-ups? Why do you have to ruin the fun with cod philosophy?

In The Life Intense, Tristan Garcia describes the difference between what and how moralities and how they relate to traditional ideas of the left and the right. Traditionally, the left has talked a lot about the what: a society where needs and abilities are matched, where anyone can live as they please. A beautiful picture. While the right has dealt with a ‘how’: the creations of systems that, left alone, will create a grand utopian future. A rising tide lifts all boats. It is a simplification, but like many simplifications, it is useful. And improv is, after all, a how artform. So an inherent morality would have to be a how morality.

The second thing this same academic said during that panel was a quote from Peter Block. It was this: “A community is measured by its ability to tolerate dissent”.

This I love, and has a very improvisational feel to it. It accepts the reality that not everyone is going to be best buds, but also says that you would be in trouble if they were. Sometimes you are going to get annoyed, and sometimes you will be completely convinced that you are totally right. How can that person think as they do? But the measure of the strength of the community is whether a difference of opinion can be dealt with and absorbed, rather than denied in order to preserve a nice safe bubble of mutual congratulation.

I think improv is inherently a community activity. Even if there are only two of your at your duo rehearsal, or you never met the fifteen other people at the drop in class, in playing together, you are creating a micro-community for that short period of time. That for me, is your highest duty in each show, class or rehearsal you attend. You belong to those people and, for a short time, they belong to you. Which means you have a duty to accept, attempt to understand and interact with a divergence of opinions. If everyone is agreeing, either artistically or politically, you need to find someone who doesn’t. Monocultures are fragile.

Core to the morality of improvisation for me is the idea of liveness, of openness and acceptance of new stimuli. And that includes opinions. As I often quote in class, “You can argue with reality as much as you like, you will always lose”. This is a lovely description of a morality of how, not what. Systems aren’t sexy, but if they are well designed and iterative, if people are willing to invest in them, but also improve them as they go along, they are a how that allows, or even ensures, improvement. Improvisation is not in and of itself a political system, or an endorsement of one, but it is a meta-system that urges and teaches you to constantly assess and question, educating yourself and using your empathy (which is the same thing) to expand the circle of people you think of as your community, to be practical as much as you are idealistic and to listen even when you are sure you are right.