What improv taught me about leadership, and vice versa 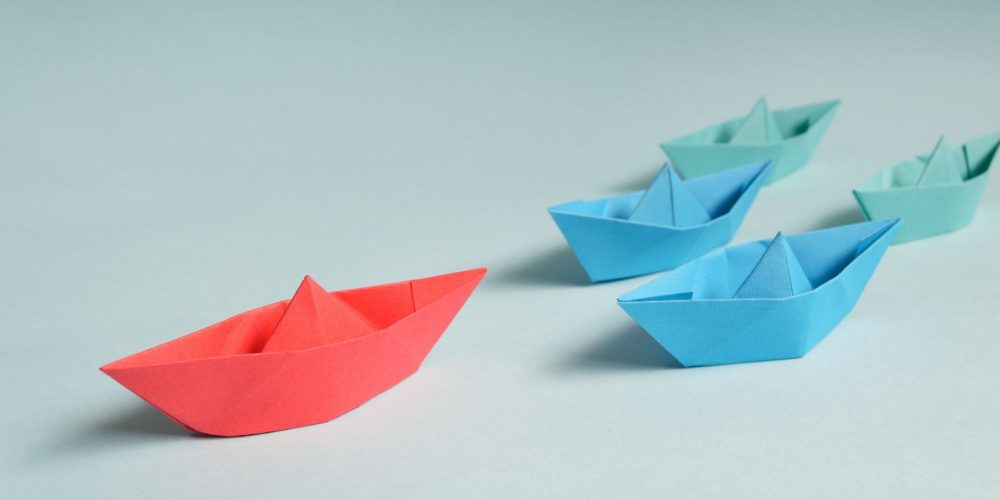 25 Feb What improv taught me about leadership, and vice versa

It all started by accident. Robin met Judith at a drama school audition (they happened to be from the same city in the Netherlands). Robin and I were at the Guildhall School together and shared a pig-headed independence. Paddy and Sam were at LAMDA with Judith. We had shows we wanted to put on, and Paddy had access to a railway arch by Southwark normally used as a storage room. A few lights and a PA and the place would work out just fine. Sure, there was no backstage, but there was a portacabin we could borrow, and it turns out that temporary licenses are really easy to apply for. We rolled up our sleeves and cleaned the place out (apart from the small plant that was out of our reach), worked the bar, played in the shows, used the chairs that were already there, tolerated the vans that parked outside with their engines running. Then when we finished, we realised that if you call something a festival, you have to do it every year.

That was ten years ago. Robin now runs her own production company, Paddy and Sam are acting and making movies, and the Nursery has narrowed its artistic focus to improv (though anyone can rent rooms). People that we trained with at drama school have been on the side of buses and in TV series and won fancy awards. And the Nursery has grown, slowly and unevenly, working out what it was as it went. There were the highs and the lows, but we kept going. We’re still here.

So I guess Judith and I ended up in charge by accident. We didn’t set out to be (and maybe anyone who wants to be in charge shouldn’t be allowed to be), but one day we turned round and we had a team. The Nursery had become something that needed leadership. And it had to be us.

The very word leadership is, I think, dangerous. It can sound dangerously white-teeth-and-blow-dry, the loafer who demands that his team do more with less then slopes off to the golf course, a little Tony Blair or Robbins. I think as a culture we can assume leadership is either blind egotistical bullying or cynical exploitation. We mistake the necessity for structure and direction for the desire to force your will on a resentful world. The leadership of the Wagnerian hero, of the Shakespearean anti-hero, the dictator. Appealing, but ultimately unhelpful.

For me, the problem was that I like being involved, I like being at the heart of things, getting my hands dirty, both literally and metaphorically. That was fine in the good old days because there was no one to be in charge of. We planned how to do it, did it and then argued about whether we had done it wrong. The Nursery staff was the Nursery management. But then as we grew. And as we grew, I had to sit on my hands and let people do things in a way I wouldn’t. Not that I knew better, just that I would have done it differently. And there is a danger that “Let me help with that” sounds like “You are incompetent”. The hardest leadership lesson for me is to let other people do things without interfering. To just do nothing, to allow. To trust that humans are stronger and smarter than they think.  Improv lesson number 1 – do less.

Because often when we interfere, it’s about preventing mistakes. And improv has a very interesting relationship to mistakes. It is an ephemeral artform where that which is created is immediately destroyed. So a ‘mistake’ (scare quotes) cannot be corrected. It has become part of the scene, the game. It is on the permanent record. We are playing with live ammo.

Culturally, we are often told the opposite. Stick to your guns, be yourself, persist. All laudable qualities, but sometimes better narratively than practically. Good leadership involves allowing people to make mistakes and confessing to your own. Quick, someone tell the British government*.

But best-to-last, the most important improv quality for leaders is the simplest: Humbleness. The knowledge that any brittle plan you make will shatter if it is not constantly re-evaluated and adjusted. The knowledge that the people who work for you are, in in the main, smarter and more resourceful than you are and will do better left alone than micro-managed. And that the world you are living in is unlikely to mould itself to your will and ego. Sure, there may be things you really want to achieve, but they very well may not happen. Looking closely at the business will show you what you can do rather than what you wish you could.

Let’s call that listening, though it involves many other things as well. Leaders need to listen, and listening is hard. They need to have clear ideas that they articulate well and push for well, but they also need to know when to immediately drop something when its not working.

With almost ten year of corporate improv training under my belt, this is also the lesson I know I have most difficulty communicating in an applied context. That leading and following are not different. That great leaders follow boldly as much as they resist. They pick their battles really really carefully. “All progress is made by unreasonable men” (George Bernard Shaw), but also “You can argue with reality as much as you like, you’ll always lose” (Phelim McDermott).

I am not really a leader, nor do I especially want to be. Which is maybe why So yes, improv has made me a better leader. I still don’t like it. I still poo-poo in a British way when someone mentions that I am in charge of things. I am OK with that. I think it’s healthy that being charge slightly embarrasses me.

*This blog was almost called an ‘An Improviser’s guide to Brexit’. You’re welcome.