How to Improvise a Play 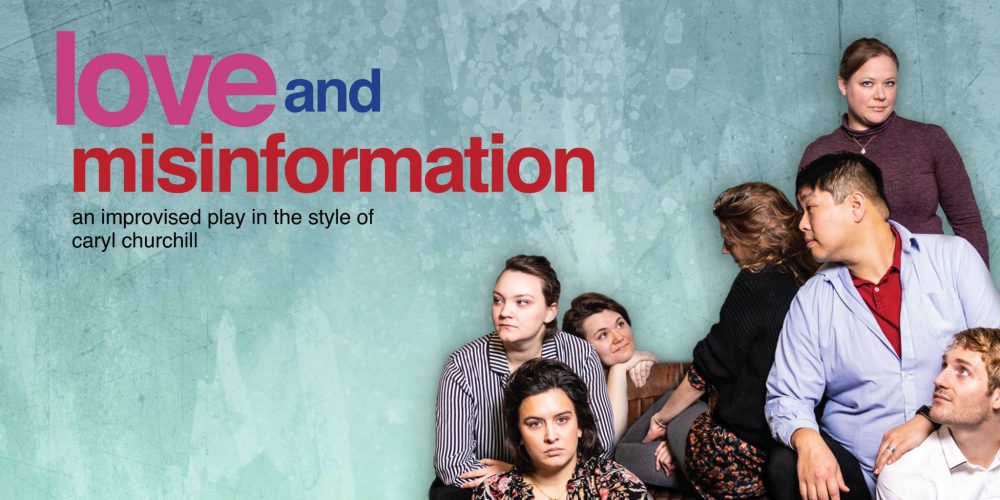 29 Apr How to Improvise a Play

What’s the difference between an improv show and a play? The play has a script, of course, but what I’m interested in is what the script gives the actors and how we can give it to ourselves without one. A script gives the actors a sense of purpose and the knowledge that what they’re doing and saying is the exact right thing. It gives them space to wait out the beats of the dialogue. It gives them the certainty that the way they’re walking and the place they’re walking to are both correct. It gives them time to reflect on the themes and hidden meaning, to get to know their character.

These are all things we can do, and do without losing the immediacy, intimacy, and spark of joy that underlies improv. Here are some starting points.

Warm up your voice and body

The warmups you do should suit the show you mean to create. I love playing  Bunny Bunny just as much as the next improviser, but it’s warming you up for a high-energy comedy show, not an emotionally deep dramatic show. For grounded theatrical improv, we need to be ‘in’ our bodies (not our heads) so that we can inhabit our characters, feel our feelings, and follow our kinaesthetic responses. Take the time to do some stretches and some movement, as a group and as individuals. A voice warmup might seem unnecessary if you’re not singing, but to help people project, place their voice for each character, and express their emotions it’s invaluable. I use an app called warm me up, plugged into a speaker.

Follow your feet (and the rest of your body)

Our bodies give us a lot of information. They follow our instincts before our brain has had time to process them. They feel our feelings before we know why they’re feeling them. They know where on stage they need to be. If we stop our bodies from doing the things they’re good at while we wait for our brain to catch up, we lose a huge amount. If your body starts moving, follow it all the way. You’ll see where you’re going when you get there. And if it starts having a feeling, follow that all the way, too. You’ll find out why when you need to.

Assume everything means something

In a scripted play, every object on stage is placed carefully, and your interactions with them are carefully planned. When you imagine a space or an object, and especially if you interact with it, know that you created it for a reason. Maybe it’s a symbol or a metaphor for something bigger going on. Maybe it has a deeper emotional significance than you initially thought. Maybe you’re just going to remember where you left it and pick it up again in 45 minutes. No matter what the object or environment is, treat it with respect. Give it some physical and emotional attention. It’ll help you learn more about your character and the show, and it’ll give the audience some delicious food for thought.

Find your point of view

When actors learn a script, they take time to analyse what’s written and think about why the character might have said that, what it might mean. We’re the ones writing the lines in improv, so we’re well-positioned to think about what we might mean. Because the character you’re playing isn’t you, though, it does take a conscious effort to listen to yourself and read between the lines. What are you really saying? What is this really about?

Hit it on the nose

It’s very tempting to play coy or be sarcastic in improv because it often feels like a safer choice. What we really need, though, is to see your character’s soft little underbelly. We need to articulate emotions clearly so that we can use them to their full extent. We also need to know what’s going on in a very literal sense; your audience trusted you enough to come to an improvised show, don’t make them sit there wondering what’s going on for an hour.

Take the time to build trust

In a scripted show, moments of physical and emotional intimacy can be planned for. We know that our character is going to have an emotional breakdown at point X, and we prepare for it. We know there’s a kiss at point Y and we rehearse and choreograph it so that everyone involved is comfortable with how it’s going to go. In improv, we need to have a really solid knowledge of each other’s likes, needs, and boundaries so that we have the trust to do scenes like that on the fly (or navigate them in a different way if needed). Tell each other where your boundaries are, physical and emotional. Also tell each other what you like doing, physically and emotionally, and do some scenes where you make it happen. Schedule rehearsals with an eye on the downtime you can spend together just hanging out. Do something that makes you personally feel a bit vulnerable.

Then say it again. The longer a show is the more times you need to repeat names to be sure they’ll be remembered later on. Simple, but important.

Stephen Davidson is the director of Love and Misinformation, an improvised play, playing at the Drayton Arms Theatre May 21-25

He is also the author of two books about Improv: Play Like an Ally, and Improvising Gender