Acting and Improv, by Jules Munns 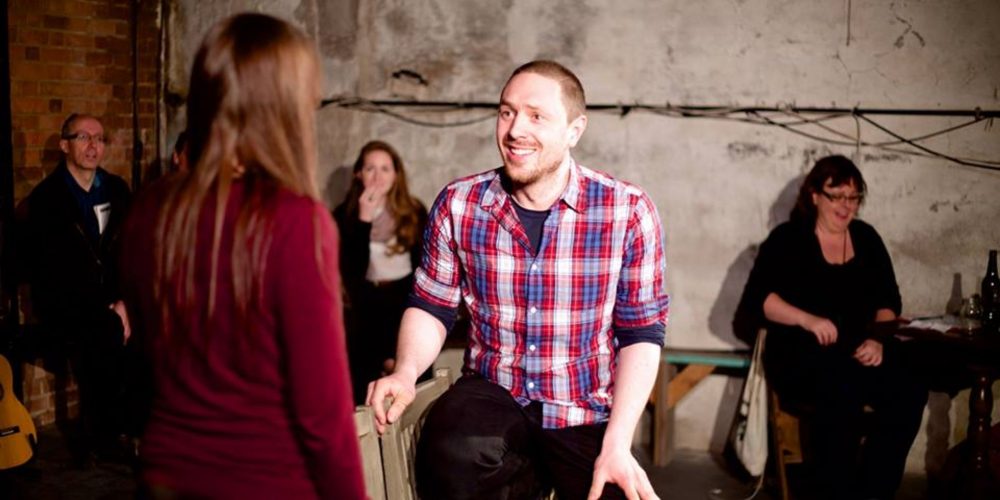 I went to acting school. I wanted to be an actor. Well, I thought I did. There were shows and processes I loved doing, and those I hated, those which nurtured me and those which didn’t. Just like any job, I thought. It’s not all roses. Then I discovered improv. I realised that improv gave me what I was really looking for, a concentrated blast of the element of theatre that was the reason I used to do all of it.

On the surface of it, improvisation and acting are very similar. In both art forms, a number of people stand on a stage pretending to be people who are not themselves and show interactions between these characters (I’m not going to say ‘tell stories’, improv often deliberately avoids them). These interactions are watched by an audience who (if it is done well) feel an emotional response to what they are seeing.

But scratch the surface and you will see how different they are, and why so many actors say they are terrified of improvisation (and probably vice versa). Finding the right way to express this is tough, but I think the simplest and safest way to describe the difference is like this. Actors interpret and improvisers create.

Improvisers (when it’s being done right) have pretty much carte blanche to create the show that they want to create, play the scene which they want to, while actors in most cases have a set of things they need to do, and which need to be done in a certain sequence. It’s no good if Macbeth decides just to not murder Duncan, or to do so when they are first onstage together in Act 1, the show would collapse. In TV actors have the (to me) horrible sounding task of picking up and putting down a tea cup at the same point on the same line each time. ‘Hitting your mark’ sounds horrible and stifling to me, but many actor friends of mine have a similarly aghast reaction to the idea of playing a scene from nothing. “Where do you start?”, they very reasonably ask.

It’s probably worth noting at this point that this is not really a binary difference, but more of a scale along which different performance forms sit. Some have more and some have less space to ‘play’ in. If in an improv show I were to fling my own faeces at the audience, or continue for three hours without stopping, I would be physically removed from the stage. There are always rules and conventions there, even if it is as unobtrusive as ‘we’ll generally stay on the stage’.

So what is the similarity that runs the whole length of the scale? It’s connection between people. Simple as that. In improv, as in theatre, what we come to see and what gives us the shivers and the giggles is people connecting to each other in a believable, open way. We love it when people work together to create something beautiful.

There are loads of ways to connect. Listen, listen as hard as you can, look the person in the eye on occasion, try to make them laugh, try to make them feel. That all depends on the scene and the show and who you are working with. Of course there are other things to master, and lots of fun to be had in the process of learning, but without connection, why are we doing it at all?