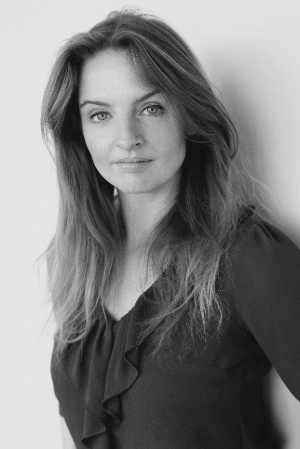 Originally from the Netherlands, Judith Amsenga came to the UK to train at the London Academy of Music and Dramatic Art (LAMDA) in 2005. After graduating, she co-founded the Nursery in 2009.

Judith also works as a voice-over artist, translator (for Harper Collins, TU Delft, ABN AMRO and others) and teaches presenting skills to PhD students with Artesc. In a faraway past time she obtained an MA in Cultural History. Judith lives in north London in a shared house with a cat called Edith. They are thinking about a web series. 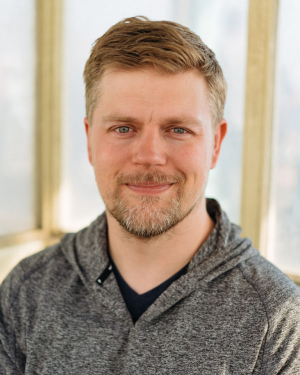 Chris’ first exposure to improv was at the Edinburgh Festival when he stumbled across Baby Wants Candy: The Improvised Musical by sheer coincidence. What he saw that night was so monumental it seared itself onto his brain. After years of stumbling through scripts and following someone else’s directions it became very clear that improv was his mothership. Luckily, Baby Wants Candy had forgotten to bring anyone to tear tickets for them. Chris seized the job and promptly watched every one of their performances for a whole glorious month. Travelling back to London, Chris immediately started looking for a local improv scene, but failed miserably. This was either because they were hiding from him, or because the internet was less sophisticated back then, comprising solely of US military infrastructure and Hamster Dance. Nearly a decade later, Chris was surprised to find a massive, thriving improv community had silently grown up around him, like ninja plants. From that moment on he threw himself into training like a man possessed. Chris has studied with Second City, The Annoyance and iO in Chicago, as well as teachers from Baby Wants Candy, Dummy, Crunchy Frog, Hoopla Impro, Free Association, Monkeytoast, UCB, Bad Dog and The Hideout Theatre.

He has performed as part of a regular team with The Ministry, 8-Bit, Music Box, Curt Hatred, Silly String Theory, The Cartel, Destination and Project 2 as well as making guest appearances with Grand Theft Impro, Hoopla, Baby Wants Candy, The RH Experience, At Home with Katy & Tony, The London and Liverpool Improvathons, Dad’s Garage and The Maydays.

Away from improv, Chris co-writes, performs and produces cult Doctor Who comedy podcast The Ood Cast, which somehow attracts thousands of listeners worldwide. 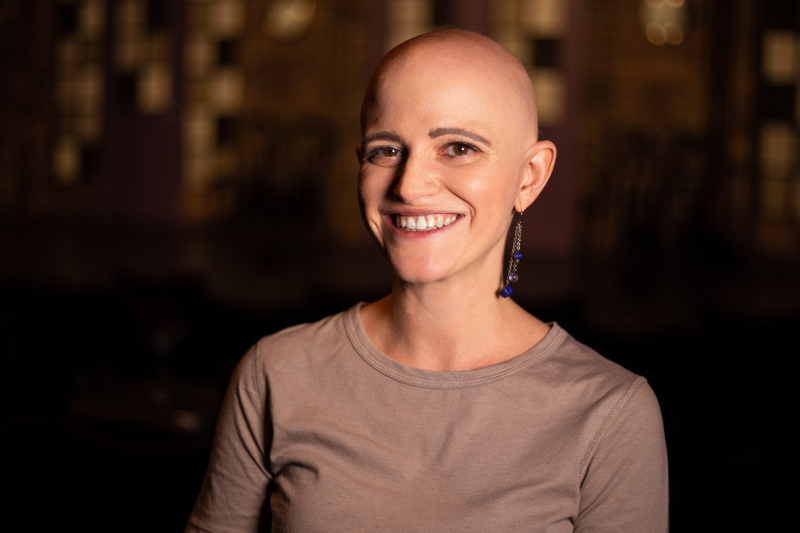 Originally from Youngstown, Ohio, Jessica Mitolo received her degree in Acting and Directing from Bowling Green State University. Since moving to Chicago, Jessica has studied, performed and directed at various schools and venues throughout the city. Her directing credits include Nostalgia Sucks: But It Used To Be Awesome!, Second Day Party Hair and Forty Winks. Jessica is proud to have worked as Assistant to the Director on Second City Mainstage production, South Side of Heaven. 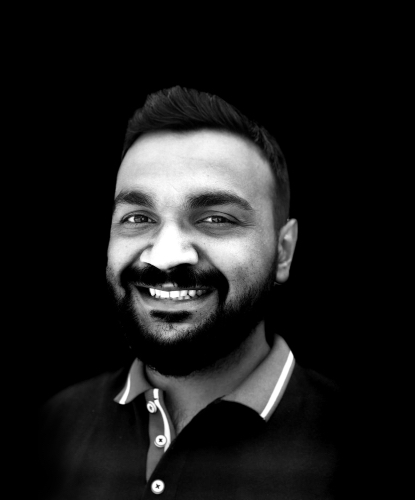 Gaurav Singh is a theatre-maker, improviser and production manager from India who currently lives in London, where he is studying an MA Advanced Theatre Practice at The Royal Central School of Speech and Drama as a Chevening India scholar. He is also the General Manager at Kaivalya Plays, an Indian performing arts company known for their work in applied improvisation, adaptation of foreign-language texts and innovative theatrical experiences. His artistic practice lies at the intersection of improvisation, technology, languages and live performances. Gaurav is also a marketer and freelance creative consultant who has worked with organizations in the tech and arts & culture industries in various capacities. 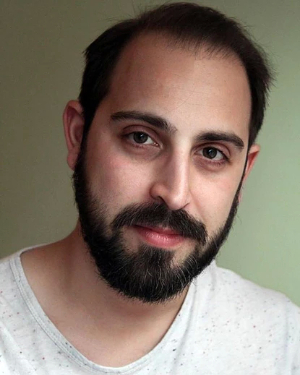 Jonah is an experienced theatre maker and comedian and has appeared at in the West End as well as being a veteran of the London Fringe and Edinburgh festivals.

He has created work at The Battersea Arts Centre, Royal Court and The National as well as many site-specific venues and toured the UK as a performer, director and workshop leader and currently teaches Improvisation at The Nursery.

Jonah trained at the Royal Central School of Speech and Drama and the Webber Douglas Academy.

He has studied clowning under Philippe Gaulier, stand-up comedy under Logan Murray and improvisation under Keith Johnstone. 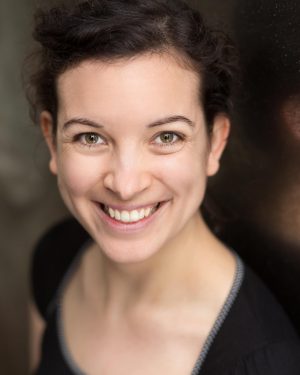 Jennifer trained in Acting at Bretton Hall and, after ten years of performing and workshop facilitating professionally, she then discovered improv in Vancouver where she trained & performed with Vancouver Theatre Sports League, Instant Theatre, Second Storey, and The Fictionals. Now living in London, Jennifer teaches/performs/works at The Nursery. She has also trained with iO Chicago, David Razowsky, Joe Bill, Lee White, Free Association and Showstoppers. Jennifer has been a cast member in Nursery Original shows The Restaurant and Magicked! (Improvised Harry Potter show), and currently performs with The Concept, Impromptu Shakespeare, Actor’s Nightmare, and The Society.

She also super likes Shakespeare, and when she’s not improvising she’s filming Sonnet Sisters – a webseries she co-created with Anna Rose James in which Shakespeare’s sonnets are analysed and performed in little bitesized videos. 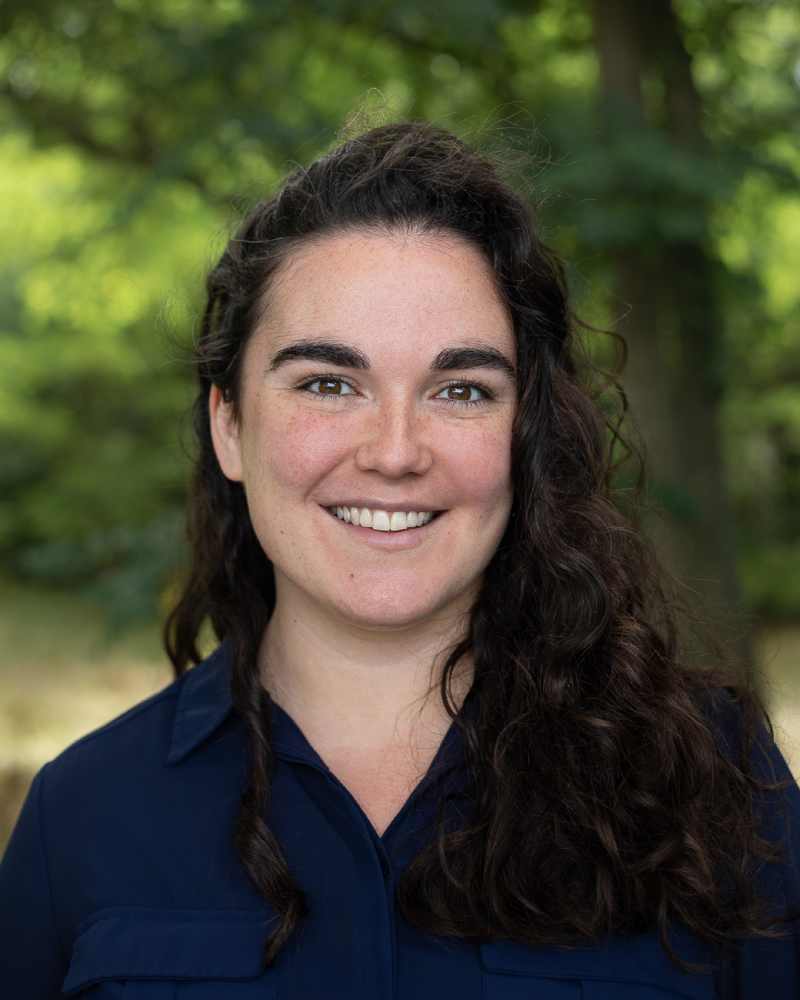 Rhiannon is an improviser, actor, teacher, facilitator, and director working across London and Europe.

She performs regularly with They Don’t Know the Half of It, The Ol’ Bill, and Eggplant improv, and has directed and performed at The Hideout Theatre, Austin. She was an original cast member of Acaprov: the improvised A Capella Musical, and previously played with Improbotics, Happy in Their Own Way, and other Nursery Originals productions.

She trained in Musical Theatre at the Royal Central School of Speech and Drama, and in improv with Hoopla, The Free Association, and the Nursery.

In a past life, Rhiannon was training to be a vet, so as well as admin help or performing, she can give you a hand with shoeing a horse or worming a cat! 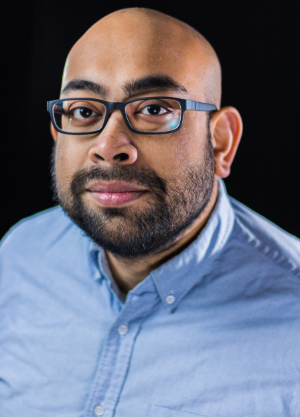 Juwel is an improvisation actor and director. He is the creator/director of United, an improv show with the spirit of a sports team. He also performs absurdist theatrical long-form with Somewhat Theatre, Theatresports and Maestro with Story Kitchen Impro, his solo games act Player One, and features on other projects including former Nursery Original productions Magicked!, Castles In The Air, and Heads Might Roll. A part of London’s improv community since 2014, Juwel is Theatre Manager for The Nursery and a producer of Slapdash International Improv Festival.

Juwel plays with heart and cheek as much as head, is known for his enthusiastic and encouraging spirit, and loves playful shows with emotional substance. He is extremely grateful to teachers from Hoopla, The Free Association, The Nursery, The Maydays, UCB, iO, and the likes of David Razowsky, Patti Stiles, Joe Bill, and Armando Diaz. You might hear Juwel beatboxing or humming a tune while plodding after two cats, hunting Pokémon, or agonising over his fantasy football team. 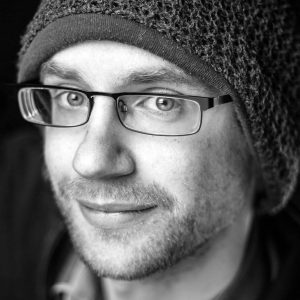 Robert first began writing internet videos in 2005 when you still had to rent an FTP server and beg websites to post links to the file. After studying Maths and Film Studies at the University of Wales, Aberystwyth – during which time YouTube thankfully became a thing – he continues to enjoy experimenting with what’s fashionably known as ‘the democratisation of (insert previously expensive and tricky thing here)’. This currently takes the form of game engines, machine vision and motion capture.

He first came across improv in 2015. His friends had become exhausted providing voicework for his not-always-well-written videos, which led him to try signing up for an acting course at RADA. As it turned out, this course always sold out within minutes of being posted online, so he had to settle for an ‘improvisation’ class instead. This was probably for the best because he thinks improv is fun and writing is hard. 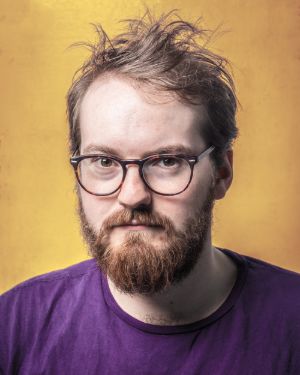 Harry has been improvising since 2011, where he joined the University of Nottingham’s student improv society. During his time their he was cast in, and eventually directed, several shows that played at the Edinburgh Fringe Festival, and the Nottingham New Theatre.

Since moving back down to London he has been been cast in Nursery Original “Castles in the Air”, and directed “Behind the Scenes at Studio Mandlebrot”, as well as joining independent teams “Improbotics Ltd.”, “GÄMEZ”, and “Plus Support”.

He has trained with the iO Theatre in Chicago, iO West, David Razowsky among others. 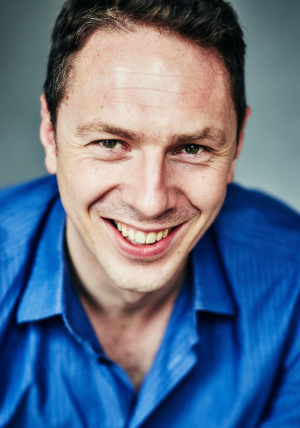 After seeing Lifegame at the National Theatre in 2001, Jules Munns waited over five years before starting to improvise during his acting training at the Guildhall School. After graduating, he co-founded the Nursery in 2009. He has performed with Music Box (5* FringeGuru and Remote Goat) and Friendly Fire before joining the Maydays in 2012. He is the director of Impromptu Shakespeare (5* Broadway Baby and Playstosee), which he also performs in and is one half of improv duos Ten Thousand Million Love Stories and Sitting in a Tin Can.

He has performed and taught at festivals across the UK and in countries including the US, Pakistan, Canada, Germany, Ireland, Italy, Portugal and Finland. At the Nursery, Jules has directed ‘Magicked – the improvised Harry Potter’ and ‘Happy in their own Way’, as well as house teams Parkin and Dinner from Scratch. He has also taught applied improv at companies from Google to Unilever.